Why the Nebulizer Could be the Future for CBD Users – Blue Echo
Blue Echo Care and COVID-19:

We are here to help. We have Masks, Nebulizers, Hand Sanitizers, Antibacterial Wipes and Nitrile Gloves ready to ship. Call anytime at (855) 860-3404.

Why the Nebulizer Could be the Future for CBD Users 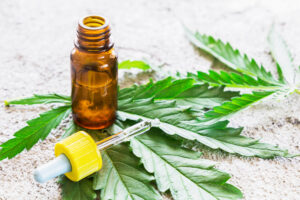 Why the Nebulizer Could be the Future for CBD Users

Disclaimer: This blog is only about why the nebulizer, for many, is the best device for CBD dispersal.  The FDA has made it very clear that claims about CBD’s health benefits cannot be made.  With that said, a lot of this blog will focus on metabolizing CBD and how to maximize this process (thereby saving you money) as well as the health benefits of nebulizing over vaporizing.

ADDITIONAL NOTE FROM BLUE ECHO CARE FOUNDER/CEO ED WAGNER:  I don’t usually write these blogs myself (we have Kitty to thank for that -thanks Kitty! :)) but recently it has come to my attention that quite a few of our customers aren’t just using our Blue Echo Care branded nebulizers for traditional medical needs, like administering albuterol to relieve asthma symptoms, but also as a way to administer CBD for pain management, anxiety/depression relief, and/or hunger stimulation.  I’ve spoken to a few of these customers to get a better understanding of their anecdotal nebulizer/CBD usage and then scoured the interwebs to find the answers to a lot of questions they had as well, specifically usage, dosage and whether it’s safe compared to vaporizing. Though people with COPD and Asthma have long known the benefits of using nebulizer machines to reduce chronic respiratory and lung inflammation (the first nebulizer was invented back in 1858), the nebulizer has only recently entered the spotlight in the CBD community as an efficient device for delivering cannabinoids.  With all the misconceptions out there on the internet, I hope this blog can clear the air (pun intended) about the benefits of using a nebulizer to administer CBD effectively.

Thanks as always for joining our blog!

What’s a Nebulizer and what’s CBD?

I know, I know- the majority of people reading this article either know what a nebulizer is or know what CBD is but with the goal of teaching the reader how the two can be used together, I thought it was important to do a quick refresher course on both.

A nebulizer is a simple device with the ability to transform liquid water into a cool mist that can be breathed in.  Most nebulizer users will mix water soluble medicines prescribed to alleviate Asthma and COPD.  They come in two main varieties: compressor and ultrasonic. The first  compresses oxygen molecules that mix with the liquid to create an aerosol; the second vibrates a plate at ultrasonic speeds to also create a mist.  They are usually about the size of a base of a blender but newer ones are small enough to easily fit in your hand.  A nebulizer and it components look like this: 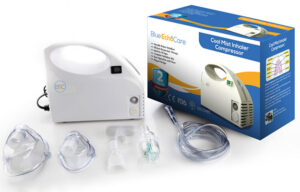 CBD (or Cannabidiol) was discovered in 1940 and accounts for 40% of the extract that comes from cannabis plants, both those with THC (the psychoactive compound that makes you feel “high”) as well as industrial grade hemp plants with no THC present.  Clinical research started in 2018 on CBD to determine if relief from medical issues including anxiety, movement disorders, and pain have scientific founding.  According to a 2018 analysis by the consumer research firm, Cowen & Co., approximately 7% of Americans are already using CBD in some sort of form, with oils taking up 44% of that market.  That’s 23 million Americans!

On the surface level, these two things – a compressor device and a plant – don’t appear to have much in common.  In reality,  more and more evidence is coming to light that the nebulizer is the most efficient way out there to administer CBD.

Why the current ways to administer CBD, oral or combustion through smoking/vaporizing, are inefficient and can be dangerous

If you look around on the internet, listen to the news, watch tv, read a newspaper, subscribe to the yellow pages, or get smoke signals from a neighboring village, CBD and its health benefits seem to be everywhere in the media.  Unfortunately, if you’re new to taking CBD or even if you’ve been taking it for a substantial period of time, its hard to get good information on usage and dosage.  Even worse, the emerging vape and cannabis industries still don’t have sufficient regulations put in place on homogeneous doses, meaning milligrams across products can be inconsistent.  A lot of the time, it all comes down to guess and check, particularly if it’s not medically prescribed.  Our Blue Echo Care team has  written another blog on estimating dosages for CBD use with a nebulizer you can read here that goes in depth on how much you should be using if you’ve already been vaporizing CBD.  But for this part of the blog, I wanted to talk about human metabolic rates and the difference between swallowing, vaporizing and nebulizing CBD and how this dramatically alters the effective dose.

The concept of bioavailability is simple:  when a drug enters your body, how much makes it into your systemic circulation to achieve the intended effect?  For example, an intravenous dose of something has a bioavailability of 100%.  Oral ingestions of CBD have a very low bioavailability at 15%.  This means that for every 100 ml ingested, only 15 ml makes it to the blood stream.  This is because CBD is lipophilic and hydrophobic, meaning it attaches to fat and fears water, and when it’s ingested, it immediately diffuses to fat cells.  This is why drug tests for CBD and THC can come up positive weeks after using the drug.

Additionally, like any orally ingested drug, CBD taken through the mouth is digested through the stomach, pancreas and liver where enzymes in all three organs will degrade the active ingredients.  This is called the “first-pass effect.”

But when it comes to understanding the bioavailability of nebulizers, things become a bit trickier.  There have been very few studies on nebulizers, CBD and bioavailability to confirm specific absorption percentages, because the invention of water soluble CBD has only happened in the last few years.  As I mentioned earlier in the blog, CBD is hydrophobic and most commonly is manufactured as an oil or tincture, which is an alcohol extract combined with CBD that’s taken orally.  Because a nebulizer creates a water aerosol that is then breathed in, an oil wouldn’t mix and would remain in the medicine cup while the alcohol in the tincture under no circumstance should be breathed in, for obvious health reasons.

This is where soluble CBD solutions come in to play.  A bit of a misleading term since CBD can never be totally water soluble, there are 3 basic ways that scientists have been making hydrophobic compounds more compatible with water over the last century.

Nanoemulsion: the most common method today involves adding microscopic droplets (about 10-100 nanometers thick) of the compound (CBD) into a substance it typically is incapable of dissolving in.  This keeps it from separating from water when mixed together. 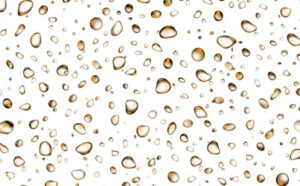 Microemulsion: uses larger droplets (100-5000 nanometers) to accomplish a similar effect to nanoemulsion.  Unfortunately, this isn’t a very good option for CBD as additional compounds called surfactants must be added to the mixture for stability.  This means that only about 10% CBD will actually be in the final solution, negating the whole reason for creating water soluble CBD – to increase bioavailability.

Liposomes: are spherical water-containing structures that are 50-5000 nanometers wide.  The outside layer is hydrophillic and the inside layer which holds the CBD is hydrophobic.  This process has similar issues with needing high levels of surfactants and also needs expensive manufacturing equipment to produce. 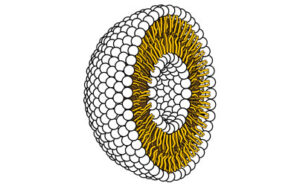 So now that water soluble CBD exists via nanoemulsion and bottles of it are readily available, what does that mean for the nebulizer?  There are a lot of claims of up to 90-100%  bioavailability from using water soluble CBD, which is verging on impossible since the limit of intravenous delivery yields 100%.  A few more credible studies are out there have put the bioavailability around 70%, about in range with a vaporizer. 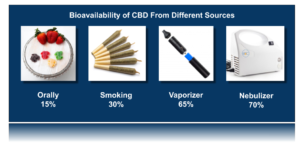 <?center>
But it’s important to remember that even though the mechanisms of inhaling through a nebulizer are quite similar to that of a vaporizer, one of the stark differences is how the water compounds from the cool mist will deliver nearly 100% of the CBD to the lungs where the vapor, even though invisible, will still result in loss CBD.   Even if the bioavailability is similar between a vaporizer and nebulizer, the amount of CBD lost through the vaporization process is greater than through the nebulizer’s compression process.

From a purely anecdotal perspective, I’ve spoken with several Blue Echo Care nebulizer customers that use water soluble CBD and they’ve all found they’re saving quite a bit of money using their nebulizer instead of a vaporizer.  One person in particular, who drives a truck for a living and has severe back pain, said he uses about 1/5 the amount of CBD he did in the past.

As a final point, it’s important to mention the health risks associated with vaporizing.  It’s long been known that smoking cigarettes is dangerous for your health, but only recently have there been studies that show that e-cigarettes could potentially be equally harmful.  The point of making this comparison is that studies are still uncertain about vaporizing and potential harmful side effects.  And since the cannabis industry is still unregulated, it’s hard to know if you’re using a quality manufactured product.  Nebulizers have been in production for over 100 years, are regulated by the FDA and have been proven to administer drugs like albuterol to help with asthma and COPD, which can be life threatening illnesses.

For anyone I’ve spoken to that uses CBD for medical purposes and made the switch to the nebulizer, there’s no way they’d ever go back.

Back To Blog Page